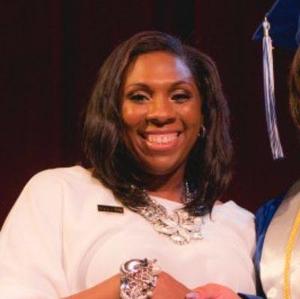 The Board of Trustees of City on a Hill Charter Public School today announced the appointment of Sonya Pratt-Massó as Executive Director. Pratt-Massó will succeed Kevin T. Taylor, who will transition for the Chief Executive Officer role at the end of the calendar year. The unanimous vote of the Board was taken at its regularly scheduled June 29 meeting.

“Sonya has been part of CoaH’s DNA for nearly 20 years,” said Board Chair Andres Tejeda Soto. “She shares a deep commitment to carrying out the school’s mission to address the social, economic, and political inequities in our nation by providing an education that prepares all students for success in college and beyond.”

Pratt-Massó began her work with CoaH in 2003 as an adviser and history teacher, and has since played various key roles, including Dean of Citizenship in charge of conflict resolution, school discipline and classroom management, Vice Principal of CoaH’s Circuit Street school, Founding Principal of CoaH’s Dudley Square campus and most recently Chief of School, responsible for managing the school’s leadership team and academic direction.

“As one of the original 14 charter public schools in Massachusetts, CoaH has a long history of providing educational opportunities for young people in Boston,” Pratt-Massó said.

“It has been a privilege to be a part of this amazing community over the past two decades and I am honored to be able to lead the school into the next phase of its development.”

As Pratt-Massó takes over as Executive Director, she will continue to work alongside Kevin T. Taylor, who will remain as CEO until the end of the calendar year.

“Sonya played a pivotal role over the past few years as CoaH negotiated its first labor agreement, consolidated its three campuses, stabilized its finances, and improved its academic performance,” Taylor said. “She has been part of the fabric of this community for nearly 20 years and understands the important role it plays in the education of young people in the city.”

Taylor joined CoaH as CEO in July 2018 at a time when the school faced multiple challenges to its finances and performance, and had just begun bargaining its first labor contract with the Boston Teachers Union (BTU). Taylor implemented a course correction plan to put the school on firm financial footing and improve academic results, partnering with several organizations to make changes to its curriculum, implement equitable and inclusive practices, restructure its debt and strengthen its financial planning.

Taylor negotiated the first contract between a charter public school and the Boston Teachers Union in June 2020 that protected the school’s autonomy as a public charter while recognizing the right of the school’s staff members to be represented by a bargaining agent.

As a result of these reforms, enrollment and staff retention stabilized, its financial situation strengthened, and student academic performance showed improvement.

“The school community salutes Kevin T. Taylor for maintaining a commitment to excellence while making difficult decisions that were in the best interests of CoaH students and their families,” Pratt-Massó said. “I will continue to rely on his guidance during the transition.”

Taylor added: “The excitement, momentum and results are on our side, and the future is bright for City on a Hill. As I make this transition, I would like to express my gratitude to members of the Board of Trustees, CoaH staff, and members of the community who stood by us and believed in our ability to overcome numerous complex obstacles to continue this school’s important mission.”